This Week in Illness, April 23

This Week in Illness, April 23 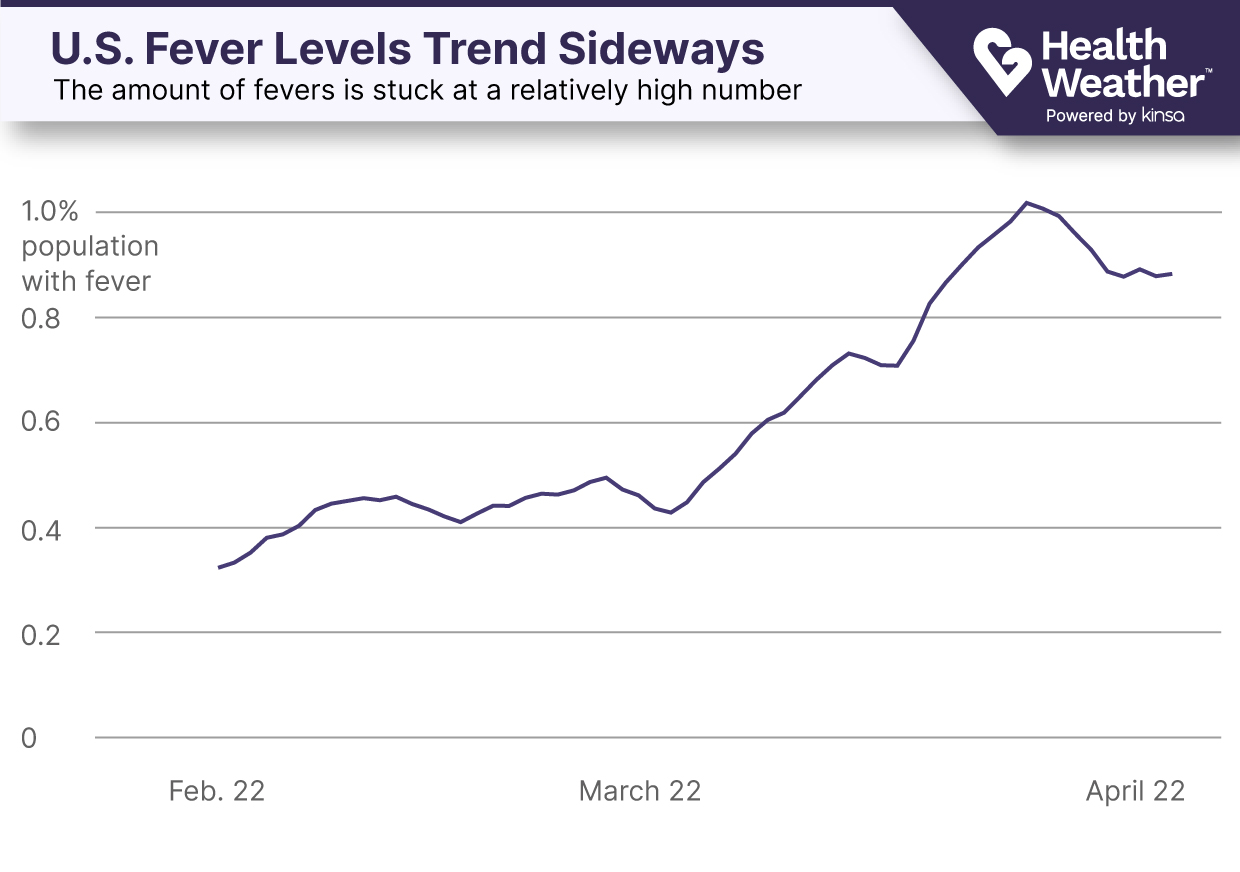 Vaccine highs and lows this week as eligibility opened to everyone over the age of 16, but some areas saw lower demand. Influenza-like illness dipped slightly and leveled off at a higher level than we saw all year. Nationally, COVID cases trended sideways while hospitalizations increased.

Nationally, Kinsa’s influenza-like illness (ILI) signal dropped slightly at the end of last week and trended sideways this week, with just under 1% of the population experiencing fevers. Long-duration fevers (LDF), or fever lasting at least 72 hours, ticked down slightly too, although they are still at high levels for the year. COVID-19 case numbers have stayed mostly steady this month, dipping this week to around 62k cases per day. Hospitalizations continued to climb slowly, and the average this week hit just over 45k per day.

Some Regional Relief for Midwest and North East

The rise in ILI locally began to slow across the country. Michigan, a hotspot in recent weeks, appeared to be on the mend. ILI and LDF were on the decline since last Wednesday. Illinois and Minnesota also appeared to be recovering after ILI and LDF in both states trended down. New Jersey, Pennsylvania and New York showed similar trends.

All people over the age of 16 are now eligible for COVID-19 vaccines. 26.9% of the population is fully vaccinated and 40.9% received at least one shot. Vaccination rates stumbled significantly for the first time since February coming off a peak of around 3.3 million shots in arms per day to a projected 2.6 million this week. The decline is attributed to decreases in demand, leading to the closure of some mass vaccination sites across the country.