This Week in Illness, April 9

This Week in Illness, April 9 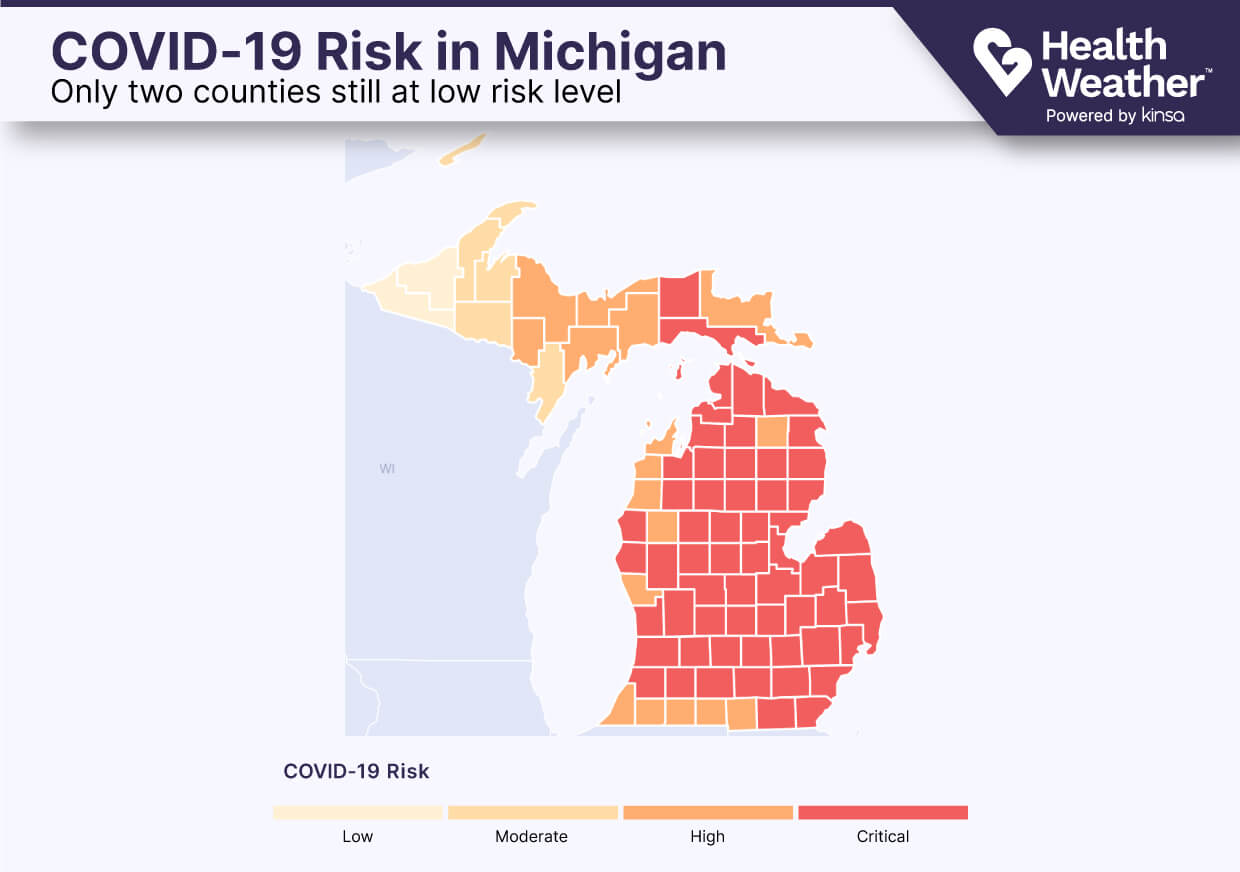 Vigilance is the theme of the week. In Michigan, cases began to approach the highs seen at the end of last year, while other states in the Upper Midwest saw their infection rate start to climb as well. The White House estimated that nearly half of all adults in the US would have at least one shot by the end of the weekend. But the CDC director, Rochelle Walensky, said the B117 variant became the country’s dominant strain. In policy, California announced plans to reopen, and the CDC issued new guidance on surface transmission.

The average number of new daily cases leveled out this week at around 65,000 per day, which is more than double the first wave’s peak in April 2020. Only five states added almost half of the new cases: New York, Michigan, Florida, Pennsylvania and New Jersey.

Most of Kinsa’s illness indicators increased over the last week as well. Influenza-like illnesses climbed to November levels while still being low compared to previous years. Long-duration fevers— which are any fevers that last at least 72 hours— modestly increased. Fevers among most age groups increased this week as well, with the 18-25 group leading the pack. The only group that saw sustained decreases was the 60+ cohort.

Michigan Continues To Climb, Florida May Be Next, but New Jersey Seems To Level Off

Michigan has shown no signs of slowing down. According to Kinsa data, almost every illness metric trended upwards. Currently, only two counties in the state are at low risk. Florida saw similar increases in our illness data, with influenza-like illness (ILI) rising to the second-highest level in the past year. New Jersey saw their ILI drop this week along with long-duration fevers, potentially signaling an end to their recent case increases.

Some Hurdles Coming Next Week, But Vaccine Doses Continue To Accelerate

Vaccines administration continued to accelerate, with the latest data showing more than 3 million doses administered per day. Currently, 19.9% of the population is fully vaccinated, while 33.7% have received at least one shot, according to NPR’s vaccine tracker. Vaccines will be available to all adults by April 19. The increase in availability is buoying news, but some regions, like Philadelphia, are still struggling to vaccinate the senior population. Recent manufacturing issues of the Johnson & Johnson vaccine will slow the distribution of that vaccine next week.