This Week in Illness, March 26

This Week in Illness, March 26

This week marked another turning point in the COVID-19 pandemic in America. The 14-day case average that had remained flat for the last days, hovering around 54k, trended upward after two days of increased cases. Hospitalizations and deaths were still down, but these are lagging indicators. It takes around three weeks to see cases turn into hospitalizations and then deaths. Nationally, Kinsa’s data showed the rate of influenza-like illness (ILI) continued its slow increase that began at the end of February. 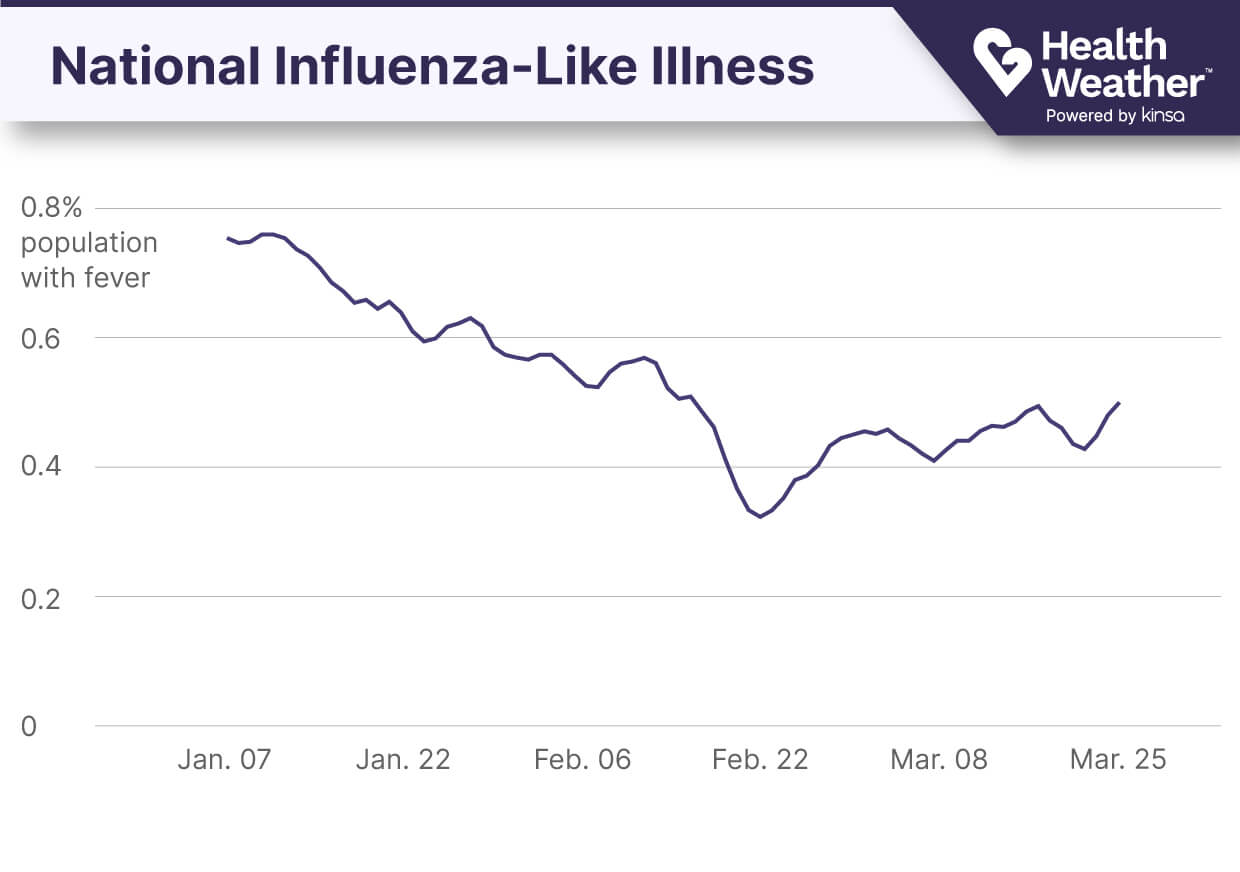 Cases High And Rising In Many States

A number of states had increased case counts, most notably Michigan, which continued its steep ascent. New Jersey saw ILI more than double over the last two weeks as cases, hospitalizations and deaths all increased as well. Pennsylvania had a 38% increase in cases over the last 14 days. While deaths are still down, hospitalizations have started to tick up. In these states, the 18-25 age group saw the largest increase in ILI.

The Race to Vaccinate Continues

More than 26% of the US have received at least one shot and around 14% of the population is now fully vaccinated. Given the progress, President Biden announced that he would double his 100-day goal of 100 million shots in arms to 200 million. More states continued to open vaccine availability, including Georgia, which will open to age 16 and up, and Texas, which will open availability to all adults.